Last of the Test Array

Back in December 2009 a small crew staff and students assembled four of the LBA aerials on the Test Range at Chilbolton. Now the first of these has been removed to be taken out to the real LBA field. And the days are numbered for the remaining three.

By the way, it should be pointed out that the emotive overcast skies for the December test build and this photograph are coincidental. There aren't always clouds over the Test Range.

One (mostly) gone, three to go. In the background is the Receiver Cabin of the Test Range, where the first radio signals were heard at the completion of the test build. 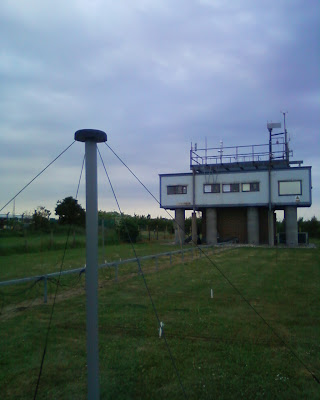 Posted by Karen Masters at 9:26 AM