Yesterday, ASTRON and the Polish LOFAR consortium POLFAR signed a contract for the construction of three new antenna stations for the International LOFAR Telescope (ILT) in the north, west and south of Poland. The new LOFAR stations will be located in Łazy (in southern Poland, operated by the Jagiellonian University in Krakow), Bałdy (in northern Poland, operated by the University of Warmia and Mazury in Olsztyn), and Borówiec (in western Poland, operated by the Space Research Centre of the Polish Academy of Sciences). The formal agreement between the POLFAR consortium and ASTRON now marks the start of the preparations for the roll-out of these new stations, which are expected to be operational in 2015.

These stations will add to the existing International LOFAR Telescope stations: 38 stations in the Netherlands, six in Germany, and one each in France and Sweden, and our own Chilbolton station.  Connecting the three new ‘POLFAR’ stations will add valuable extra sensitivity to the array, and in particular when combined with Chilbolton the Polish stations give ‘baselines’ of up to 1550 km in the array, making the ILT a much more capable instrument for high resolution imaging of detailed structues.

This image below shows the updated station distribution of the ILT. 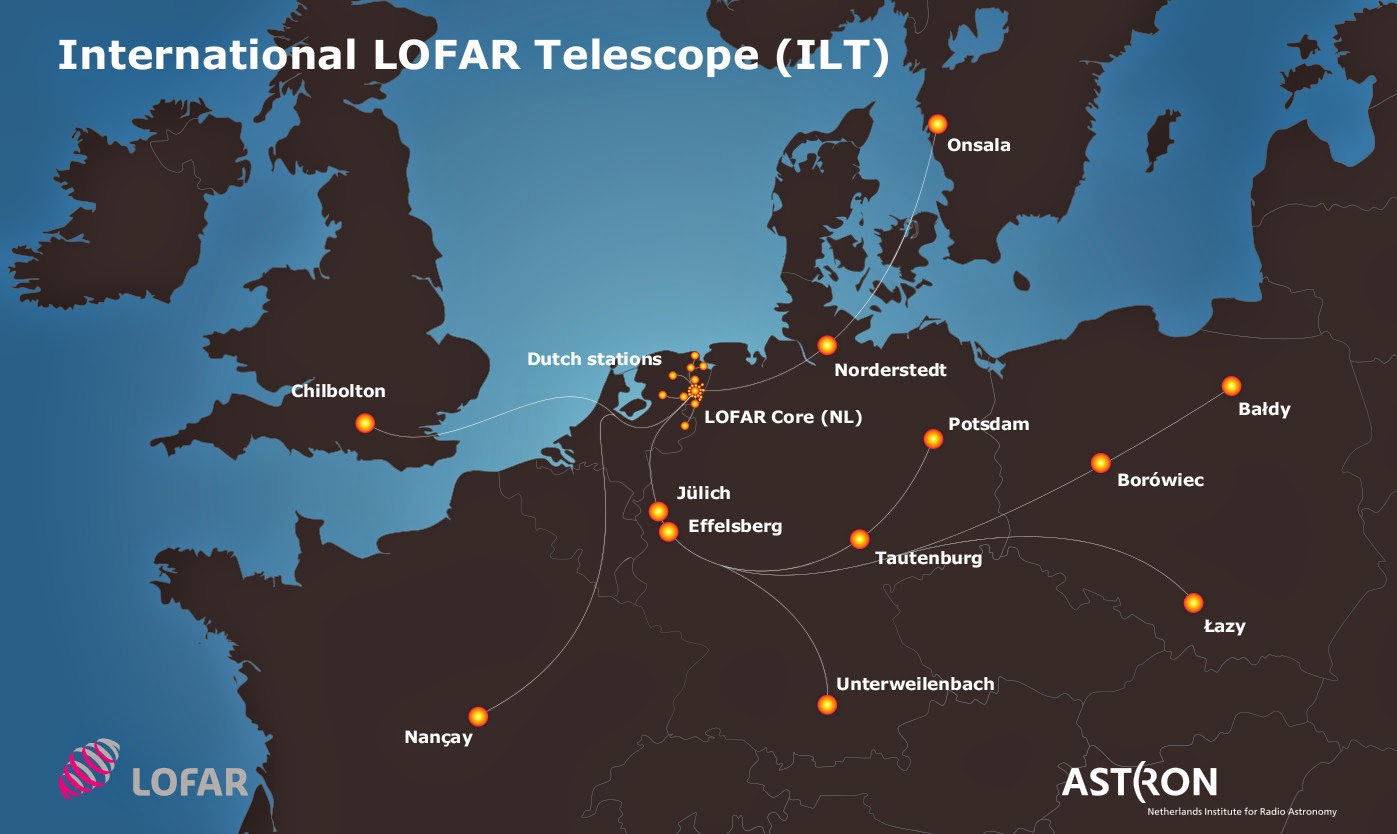