Well done to our colleagues at KAIRA (Kilpisjärvi Atmospheric Imaging Receiver Array) - the LOFAR-based project in Finland - who last Friday achieved their first radar light.
Using the EISCAT VHF transmitter at Ramsfjordmoen, near Tromsø, Norway, they transmitted a single 1.28ms long pulse. Using the multi-beam capability of the LOFAR-KAIRA system, they pointed at 31 common volumes along the transmission path and detected weak ionospheric plasma scatter. They have also now detected space debris and meteor echoes too.
Their initial spectrum is shown below. More information can be found on the KAIRA website. 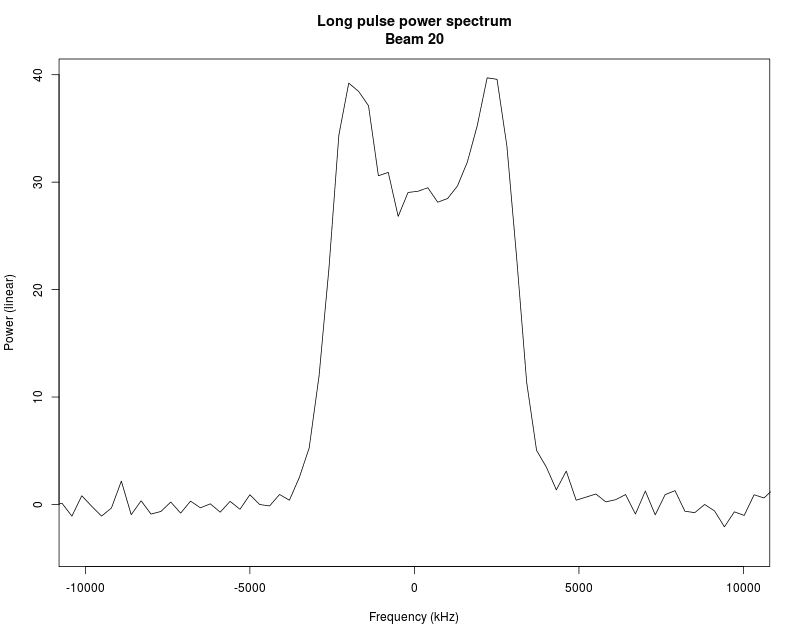 The International Astronomical Union (IAU) General Assembly meeting is happening soon in Beijing, China (a bit like the Olympics of Astronomy in a way - for example it happens every 3 years, the offical language is French, and it brings the worlds best together to showcase their skills - we don't compete for medals though!).

Anyway, LOFAR is going to be well represented at this IAU GA meeting, and below I list some of the talks on LOFAR science I have noticed on the program. LOFAR talks will appear in several different sessions demonstrating the diversity of science which is already coming out of LOFAR:

and also some of the technical challenges we are learning to face thanks to the data volumes of LOFAR:

Posted by Karen Masters at 12:09 PM No comments:

We received some lovely feedback about Dr. Anna Scaife's talk on LOFAR from the Winchester Science Festival which I wanted to share.

"I’d like to say a huge thank you to Dr. Anna Scaife for her talk about LOFAR at the Winchester Science Festival. It was really fantastic !"

"The whole weekend was a triumph for the organisers and being able to hear talks from so many scientists about their work was simply joyful."

"LOFAR is of particular interest to me [] and it was great to have my question about the arrangement of the low band antennas answered with technical detail."

We were also sent these images of Anna in full flow of her talk. Image credits: Dave Hughes, President of the Hampshire Skeptics Society. 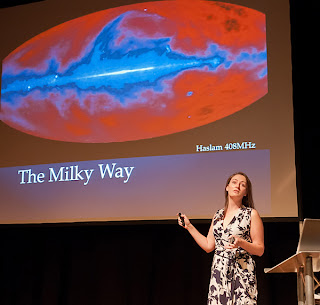 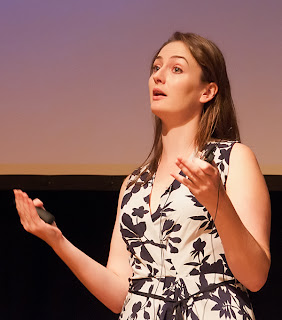 Posted by Karen Masters at 3:32 PM No comments:

LOFAR-UK on the (Bing) Map

From the KAIRA Project Blog: the LOFAR-UK station at Chilbolton now appears on the satellite images used by the Bing Maps.

For the contrasting view, Google Maps currently has only empty fields at the same location. 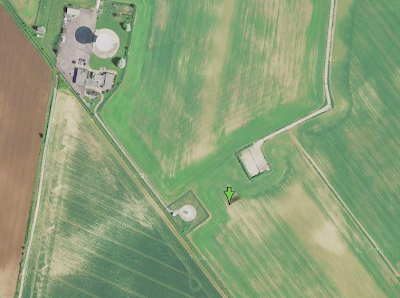 Posted by Karen Masters at 10:01 AM No comments: