This the first in (I hope) a series of guest posts by British (or British based) astronomers working on LOFAR. This one is by John Swinbank from the LOFAR Transients Key Project at he University of Amsterdam.

Born and raised in Glasgow, John studied in Oxford, obtaining a DPhil in astrophysics a few years ago. Since 2006, he has been based in Amsterdam, working for the LOFAR Transients Key Science Project. Although he's not directly involved with the LOFAR-UK project, that makes him a British representative at the heart of some of the most active LOFAR development.

LOFAR as a whole is being designed and built by ASTRON, the Dutch institute for research in radio astronomy. Although it is designed to be an open facility-everybody will be able to request use of it, and the best science cases will be assigned the most time—the capabilities of the telescope have been driven by six so-called “key science projects”. Two of these (“Solar Physics & Space Weather ” and “Cosmic Magnetism”) are international projects, while four are based at Dutch universities: “Cosmic Rays” at Nijmegen, “The Epoch of Reionization” at Groningen, “Extragalactic Suverys” at Leiden, and “Transients” at Amsterdam.

The Transients Key Science Project (or TKP) has a very high level of British involvement; two of our three principal investigators (project leaders) are based in the UK: Rob Fender in Southampton, and Ben Stappers in Manchester (the third, Ralph Wijers, is here in Amsterdam).

Transient astronomy concentrates on objects which change on relatively short timescales: from seconds to days or even weeks. This is in contrast to most astronomical objects, which evolve slowly over the course of billions of years. These rapid events are generally due to extremely violent, high-energy phenomena, which emit produce powerful radio emission. LOFAR combines a high sensitivity with a wide ﬁeld of view (as we’ll see below), making it a uniquely powerful instrument for searching the sky and detecting transients as they happen. And the sooner we know about a transient, the more potentially exciting science can be done with it: it’s much more useful to monitor the transient over its lifetime, than to simply catch it after most of the action is already done, and watch it fade away. 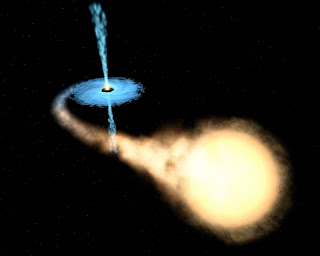 We already have a good idea about many of the types of transient LOFAR will see: pulsars, planets, jets from neutron stars or black holes (as illustrated in the above figure), and so on. However, one of the most exciting areas of the TKP’s work is the potential for serendipitous discoveries: we simply don’t know what we’ll ﬁnd! No other telescope has had the capability to provide such a sensitive, high resolution survey of the low-frequency radio universe. History suggests that such leaps forward in telescope capabilities are often associated with unexpected new scientific discoveries. We are designing our strategy with the hope and expectation we’ll ﬁnd something new, but we don’t yet know what it might be.

Various ways of using LOFAR to investigate the different types of scientific targets have been proposed by the TKP. However, the most ambitious is the Radio Sky Monitor (RSM), and it’s this which I spend most of my time working on. The idea is to scan the sky all the time, and detect new astronomical transients as they happen. By automatically spotting interesting events and responding immediately, we can capture the most interesting science possible.

LOFAR is composed of a series of stations, similar to the one LOFAR-UK is building at Chilbolton. The initial phase of the array consists of 36 in the Netherlands, plus a number across Europe. The Dutch stations are arranged to form a central core of 18 stations near Exloo, and the rest spread out over distances of around a hundred kilometres.

Each station, in turn, consists of two different designs of antenna: the low band (30–80 MHz) and the high band (120–240 MHz) (the hole in the middle exists so that we don’t observe FM radio by mistake!). The interesting thing about the antennae, though, is that they don’t have any moving parts. Unlike traditional radio telescopes, with their big dishes and complicated machinery, there’s nothing in LOFAR that needs to actually turn to point at something. Instead, images are made by combining the data from all the stations using a super- computer (an IBM BlueGene/P at the University of Groningen). To a good approximation, each of the antennae is sensitive to the whole sky: the only limits on the size of the images is the enormous amount of data which needs to be transported from each station (about a thousand times more than your average broadband internet can handle)and the speed of the supercomputer which has to process it.

What good are the international stations? Well, the larger the telescope is, the better the resolution. For observing really ﬁne details stations spread across Europe are essential (it’s exactly this that makes projects like LOFAR:UK so important!).

For our purposes, though, we prefer to take a different approach. By using only the stations from the LOFAR core, data only need be transported over a few kilometres, rather than hundreds or even thousands. Further, there’s less data in total which arrives at Groningen for processing. Working in this mode, although the resolution of the instrument is less, it’s possible to see much more of the sky at any given time: about a quarter of the visible area over a day. 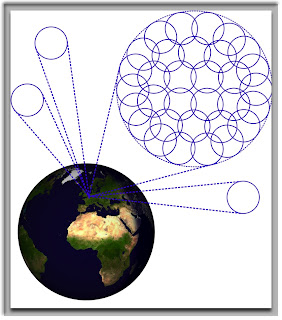 While working in RSM mode, LOFAR will continuously take “snapshot” images: one every second, as well as some with longer integration times for greater sensitivity. By comparing the images, we’ll be able to spot new transient events as they happen. This will all happen automatically, coordinated by a computer which has complete control over the whole telescope. Therefore, when a new event is spotted, it’s possible to immediately reconﬁgure the telescope to respond. Since there are no moving parts, and no human intervention is required, we could immediately (for example) switch to using the full array mode and zoom in at high resolution on the new detection. (Different modes of LOFAR are illustrated above.)

Of course, all the data we take will be saved: we expecting to be recording around 100 Terabytes of data per year. That’s equivalent to about 20,000 DVDs, and is far more data that we can deal with internally within the project. Therefore, we’re very committed to the idea of open access: we hope to make as much as possible of the data accessible to the wider astronomical community, so that others can spot anything we’ve missed!

LOFAR is a uniquely capable instrument for investigating astronomical transients, and we’re working hard to exploit that as effectively as possible. The Radio Sky Monitor is a completely new way of investigating the sky, and we can’t wait to see what we’ll ﬁnd...

Thanks for the post John!
Posted by Karen Masters at 3:47 PM No comments:

Digging has started on the Chilbolton site - a significant milestone for LOFAR-UK! 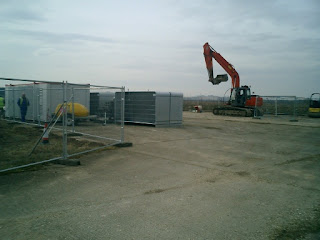 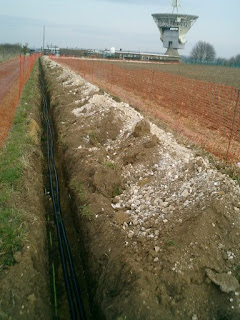 Posted by Karen Masters at 12:29 PM No comments: