On Tuesday 27th August, a dedication ceremony was held at Chilbolton to rename the LOFAR-UK Chilbolton station as "The Rawlings Array", in tribute to Professor Steven Rawlings. Professor Rawlings was instrumental in establishing the LOFAR-UK consortium, and in the decision to site the UK station at Chilbolton. Before his tragic death in January 2012, Professor Rawlings worked at the University of Oxford, where he played a leading role in both UK Radio Astronomy and the development of the international Square Kilometer Array project. The dedication ceremony was attended by members of his family, and members of the LOFAR-UK and international LOFAR communities. 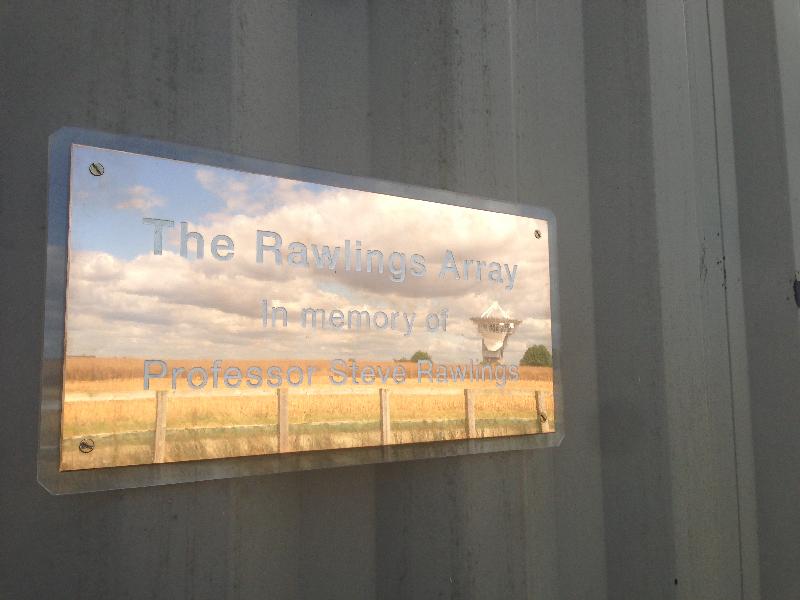