Caption 1 : On the 31st August 2010, the Observatory began the day with an eerie start. As the sun rose and started burning off the fog, the shapes of the landscape gradually began to emerge into view. By about 08:00 hours, the fog had vanished. 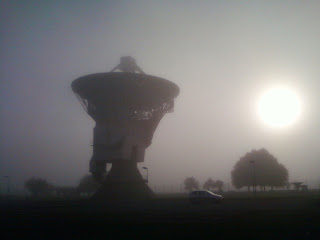 Caption 2 : 12 hours later on the same day, there was a spectacular sunset, with high cloud and a blaze of sunshine from the western horizon. This photograph was taken from near the camera that points to the LOFAR field, looking back over the Observatory buildings. 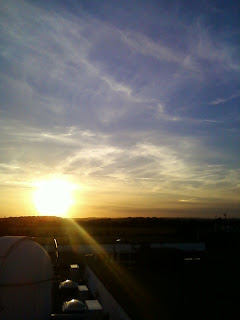