Mid-afternoon on Thursday 14th July 2010, the installation of the 97 HBA
tiles at LOFAR Chilbolton was completed. Once again, we take the
opportunity to thank everyone who was involved in this part of the
project. The completion was reported at the time (Ref:
http://blog.lofar-uk.org/2010/07/all-97-hba-tiles-installed-in.html),
but here are the photographs of the final stages of the last tile. It is
hard to believe that less than four months before, it was still and
empty field. 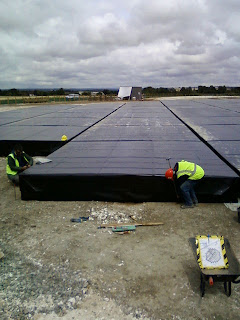 Caption 2 : Here's a close-up of that strange object in the wheelbarrow
at the bottom right of the previous photograph. It is the working plan
of the HBA installation, showing the serial numbers, positions and
sequences of the tiles as they were put in. 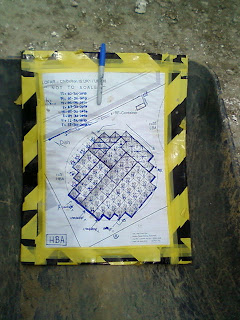 Caption 3 : With a smile of relief, Zabet Ahmadi connects the final
anchor on the last tile. 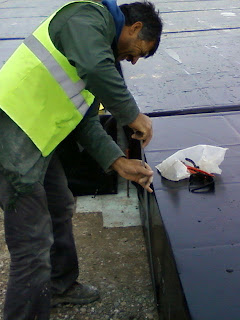 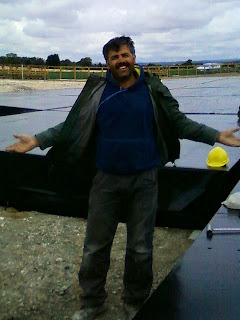