This was definitely an "end of an era" moment. After months of having the throb of the diesel engine and the clanking of the great tracks, the 18-tonne digger was taken from the site for the last time on Wednesday 21 July 2010. Although "the beast" (as this machine was affectionately known) had been away for a brief spell during the gap between the LBA and HBA builds, this departure was the final one.


Caption 1 : Going... The digger is driven up onto the low-loader. 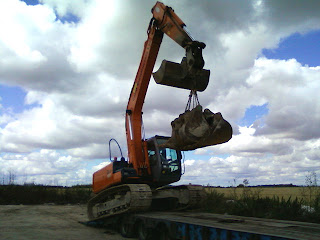 Caption 2 : Going... Digger driver John Murray checks that the giant buckets are secured prior to departure. 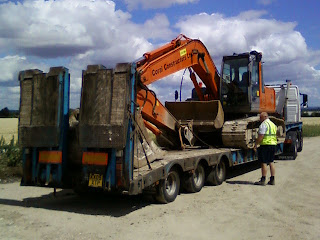 Caption 3 : Gone... And then the lorry started up and drove it away. Admittedly, this was a poignant moment. 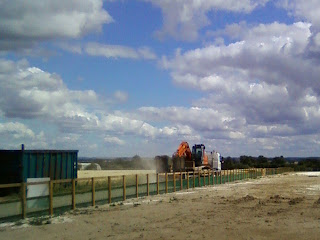