The LBA trenches have all been dug and the surveying of the centre pins is complete (the things which mark the cable exit points). The next task is to actually put the cables in, which means dealing with the maze of trenches. Unlike the HBA, the LBA is arranged in a scattered pattern. 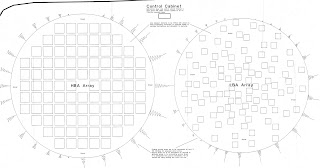 This gives the resulting telescope great beam properties. However, it also makes it difficult to install.

Here, Griffin Foster (U.Oxford) and Mayaane Soumagnac (ENS-Lyon, France) start setting up the cables for one of the LBA aerial locations. There is a six-page document describing the procedure, as many of the steps done in this initial phase are critical to subsequent phases of the installation. 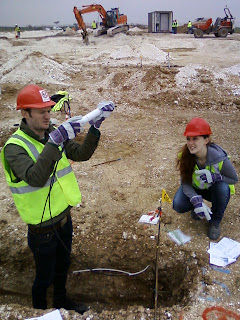 "You are in a maze of twisty little trenches, all alike". Here the LBA team are busy placing the LBA cables in place. From left to right: Harry Smith, Griffin Foster, Mayaane Soumagnac, Danny Price and Jack Hickish. 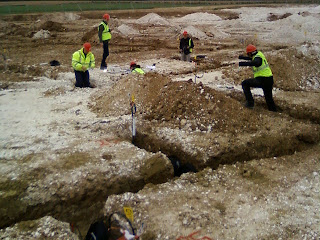 Our equivalent of Ariadne's Thread: countless cable trenching plans, diagrams, lists and tallies are used to keep track of the deployment within the LBA. However the ultimate is this dual-core backpack-computer, with headset, scanning gun, barcoded-trench plan, LBA antenna checking software, text-to-speech synthesiser and rocket launcher! (Okay, okay... maybe not the rocket launcher.) 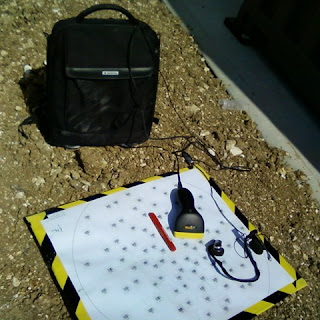